Silent Killer: The key to recovering from a heart attack is the speed as which the patient received treatment. In the case of a silent heart attack, the patient is not aware of the infarction and because valuable time is wasted, the heart becomes permanently damaged.

Finding out that your heart is seriouly damaged because you did not act right after a silent attack can be devistating. 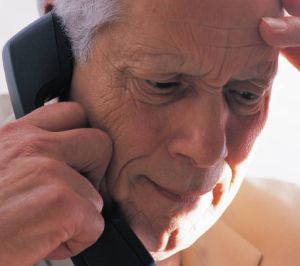 Many are told they only have a few years left!

I'll explain who is most likely to experience these silent killer, but first let me cover the standard heart attack.

A heart attack is a very serious and very sudden condition and occurs when a section of the heart does not receive blood. This lack of blood flow can cause the heart tissue to die and scar. Heart attacks can range from mild to severe affecting areas both small and large areas of the heart. Almost always, heart attacks are life threatening and require immediate attention.

Symptoms of a Silent Heart Attack

The best way to identify this disease is through careful study of medical history, ECG (electrocardiogram; measures heart activity) and testing blood for cardiac enzymes. The most important treatment in silent heart attack is restoring the blood flow to the heart.

It is reported that as much as 25 percent of those having a heart attack and being diabetic never felt any of the common warning signs such as crushing chest pressure, weakness, arm pain or others.

Silent heart attacks and heart attacks in general can damage to nerves that affect the heart (autonomic neuropathy, or AN) could be the culprit.

Symptoms of a silent heart attack can include discomfort in your chest, arms or jaw that seem to go away after resting, shortness of breath and tiring easily. The most common complaint of visitors to the emergency room is Chest Pain which is by far the most symptom you're having a heart attack. Although Chest Pain takes 1st place as an indicator, second place would be given to extreme shortness of breath! Oddly enough, many heart attack victims reported a feeling of overwhelming doom just before an attack.

Fast Treatment of a Heart Attack

Many people permanently damage their hearts because of pride! If you feel you may be having a heart attack, don't mess around! Seek medical attention immediately and whatever you do, do NOT drive yourself if possible. There is no shame in seeking medical attention for what you believe to be a heart condition. Do NOT be embarrassed if it's a false alarm, it's your life we're talking about!

This advice is a compilation of research studies and not to be taken as medical advice. Always seek the advice of your doctor before acting on any medical information. To American Heart Association.